In this episode of Les Do Books you can hear Melissa Brayden talk about lesbian romance.

In this episode from the archives, Tara talks to author Melissa Brayden. Authors are readers too, so Tara was excited to hear about the first lesfic book Melissa ever read, a historical that isn’t to be missed, a whole series, and her favourite lesfic ever.

Behind the Pine Curtain by Gerri Hill

Jacqueline Keys was ostracized from her small hometown of Pine Springs, Texas when she was seventeen, sent away because she was gay. Her family was the largest employer in the county, owning Pine Springs Lumber, and her father was mayor of this small town. Her mother could not accept the fact that her only child was gay, could not tolerate the gossip about her family. So, with a hundred dollars in her pocket and a one-way bus ticket out of town, Jacqueline was told not to come back until she had come to her senses. And that included being prepared to marry the son of a business associate of the family.

Fifteen years later—long after she’d hitch-hiked to Los Angeles, long after she’d worked nights to put herself through college, and long after she’d written her first best seller, No Place For Family—Jacqueline is persuaded to go back to the tiny town of Pine Springs after her father’s death.

The quick trip she’d envisioned for the funeral turns into weeks as she learns her father’s business is suddenly hers to manage. And she is also again face-to-face with the woman who, as a teen, had been Jackie’s first crush. She and Kay had been inseparable as kids, and later as teens. They find themselves falling back into their old habits, and Jackie is soon fighting the same feelings she’d had when she was seventeen.

But living behind the pine curtain, Kay is afraid of her love for Jackie, afraid of what her family will say, afraid of how the town will react. Jackie refuses to hide, refuses to crawl back into the closet, so once again, she leaves Pine Springs . . . alone.

Will Kay let her go? Or will Kay follow her heart?

Three women, united by love and kinship, struggle to conform to the social norms of the times in which they live.

In 1931 Katherine Henderson leaves behind her small town in Kansas and the marriage proposal of a local boy to live on her own and work at the Sears & Roebuck glove counter in Chicago. There she meets Annie – a bold, outspoken feminist who challenges Katherine’s idea of who she thinks she is and what she thinks she wants in life.

In 1997 Katherine’s daughter, Joan, travels to Lawrence, Kansas, to clean out her estranged mother’s house. Hidden away in an old suitcase, she finds a wooden box containing trinkets and a packet of sealed letters to a person identified only by a first initial.

Joan reads the unsent letters and discovers a woman completely different from the aloof and unyielding mother of her youth – a woman who had loved deeply and lost that love to circumstances beyond her control. Now she just has to find the strength to use the healing power of empathy and forgiveness to live the life she’s always wanted to live.

Synopsis from Without Warning (book 1 in the series)

On a day that begins like any other, a violent earthquake strikes Los Angeles, plunging the region into chaos. Two strangers, trapped in a collapsed shopping mall, find each other amid the rubble and join forces to escape. Hampered by injury and darkness, they dig and claw their way through one crumbled store after another, emerging long after most have given up hope for survivors.

The ordeal leaves both women shaken, but their shared triumph sets them on a life-changing course together, igniting a connection like neither has ever known.

Anna Kaklis–whose perfectly planned life never included falling in love with another woman–is thrown for a loop, but she doesn’t doubt her heart.

Lily Stewart–abandoned too many times by people she trusted–won’t let herself believe that Anna’s love will endure.

Without Warning is the story of their courageous journey through adversity, and their promise of steadfast love.

And Playing the Role of Herself by K.E. Lane

Actress Caidence Harris is living her dreams after landing a leading role among the star-studded, veteran cast of Ninth Precinct, a hot new police drama shot on location in glitzy LA. Her sometimes-costar Robyn Ward is magnetic, glamorous, and devastatingly beautiful, the quintessential A-List celebrity on the fast-track to super-stardom.

When the two meet on the set of Ninth Precinct, Caid is instantly infatuated but settles for friendship, positive that Robyn is both unavailable and uninterested. Soon Caid sees that all is not as it appears, but can she take a chance and risk her heart when the outcome is so uncertain?

The leading ladies and the supporting cast of this debut novel by newcomer K.E Lane will charm you, entertain you, and leave you with a smile on your face.

If you’ve enjoyed this episode, please consider contributing to the Patreon for The Lesbian Talk Show channel.

Come talk to us about these books and any other lesfic you’ve been reading lately at our Facebook group, The Lesbian Review Book Club.

Heather Rose Jones Shares 5 Books (and Reasons!) that Prove the English Regency is the Perfect Setting for Romances Between Women

Heather Rose Jones Shares 5 Books (and Reasons!) that Prove the English Regency is the Perfect Setting for Romances Between 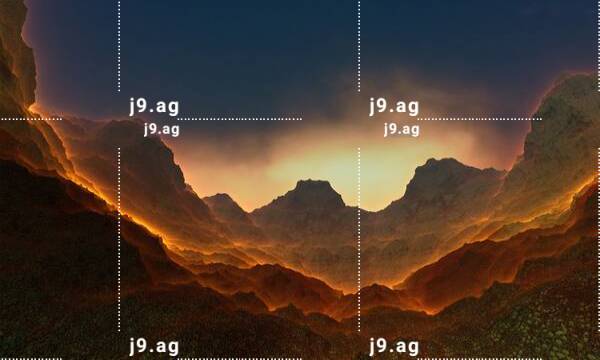 Sheena is joined by Miranda to discuss the list that was released on TheLesbianReview.com – TLR’s 55 Most Reread Books.