It’s Christmas next week! So what better time to kick back and relax with one (or seven!) beautiful f/f holiday romances? Listen as Tara and Sheena, founder of The Lesbian Review and The Lesbian Talk Show, share their favourites, which are sure leave you feeling festive.

Check out their recommendations:

It Had to Be You by Clare Lydon

When Georgia meets Milly, she knows she could be a game-changer. But then she meets her mother, and all hell breaks loose.

Under a Falling Star by Jae

Falling stars are supposed to be a lucky sign, but not for Austen. Her new job as a secretary in an international games company isn’t off to a good start. Her first assignment – decorating the Christmas tree in the lobby – results in a trip to the ER after Dee, the company’s second-in-command, gets hit by the star-shaped tree topper. Dee blames her instant attraction to Austen on her head wound, not the magic of the falling star. She’s determined not to act on it, especially since Austen has no idea that Dee is practically her boss.

Mackenzie Campbell has no idea her life is about to fall apart. She’s bright and attractive with a good job, a comfortable home, and an impending Christmas wedding she’s been planning for months. So when her girlfriend bails less than two weeks before the nuptials, Kenzie’s picture-perfect Christmas world begins to crumble around her.

Determined to hold on to at least some shred of her dignity, Kenzie snags her best friend, Allison, and flees the cold of the Northeast to take the honeymoon anyway. The Rainbow’s Edge is an enormous LGBT resort in South Florida, and its atmosphere of sun and fun seems to be just what Kenzie needs to help take her mind off of her lost relationship. But can a few hot dances, a mysterious suitor, and a handful of rum runners help her figure out what it is she really wants?

Three (Plus One) by Ann McMan

Diz and Clarissa are back for the holidays!

It’s Christmas Eve in Baltimore, and you know what that means: snow. Lots of it.

Join our dynamic duo as they battle the elements, quirky friends and family, and two marauding dogs in their annual ill-fated attempts to enjoy a quiet Christmas alone.

Originally published in 2014, this Christmas collection features the short stories Nevermore!, A Christmas Tree Grows in Baltimore, and Blended Families.

In the Bywater Books reissue of Three, you get a (Plus One)! This updated edition of Ann McMan’s romantic comedy classic includes the fourth tale of Diz and Clarissa, ‘Twas the Nightmare Before Christmas.

This trilogy (plus one) is a holiday omnibus not to be missed!

Could the festive road trip from hell actually lead to love?

Catherine Birch is a lonely workaholic who hates Christmas. This year, she is being forced to celebrate with her best friend’s family in the Highlands of Scotland. Having missed her flight, Catherine reluctantly ventures on a road trip with beautiful stranger Holly Daniels.

Although polar opposites, the intense attraction between them is unmistakable. Just as Catherine begins to think spending Christmas with Holly might not be so bad, a raging snowstorm leaves them stranded in the middle of nowhere. Huddled together, with little chance of rescue, they forge a pact: if they escape, they’ll make this a Christmas to remember. But will it be remembered for the right reasons?

The Bureau of Holiday Affairs by Andi Marquette

Executive Robin Preston has dedicated her life to climbing the corporate ladder, using whatever means necessary. In the shark-infested culture at Frost Enterprises, anything goes, and Robin is a master at the game.

On the verge of a major promotion, Robin receives a strange visit from Agent Elizabeth Tolson of the Bureau of Holiday Affairs, who informs Robin that, though Robin may be a lost cause, the Bureau has scheduled her for intervention. Robin will receive three visitors in the two weeks before Christmas, who will escort her on visits to her past, present, and future.

Robin will be forced to face not only who she’s become, but the parts of herself she left behind, when she was an art major in college and in love with fellow art student Jill Chen, in whom Robin found a kindred spirit—until Jill broke if off with her. In order for Robin to change her ways, she’ll need to reclaim who she was and open her heart again, to a past she thought she left behind.

The Bureau clearly has its work cut out for it, but Agent Tolson relishes a challenge, and she’s put together just the team for Robin’s case. They may have to cut a few corners and go outside a few lines, but Agent Tolson has a perfect salvage record and she’s not about to let that change. The question is, will Robin?

Coming out to her friends and family with an anti-climactic flop, Darcy uses her newly publicised sexuality to try and win Taylor’s affections through an ill-hatched scheme that crosses uncomfortable lines. The result is as unexpected to Darcy as Darcy’s affinity for medicine is to Olivia.

The first year of medical school is a nerve-wracking encounter in medicine, learning lessons the hard way, and finding what her heart desires. 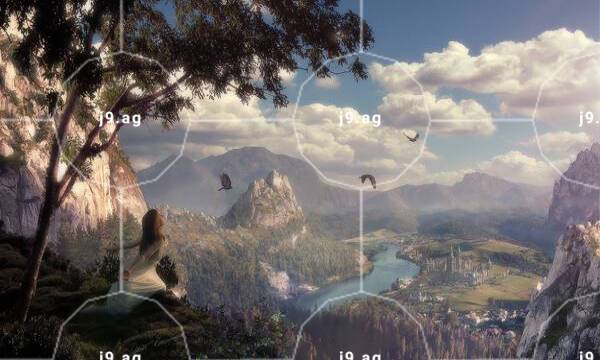 The Lesbian Review Podcast: 10 Best Britishisms That Should Make It Into Lesfic

Listeners Ask About Relationships on this episode of Les Talk About It  Episode: 11 of 12 of the Relationship Season