Nita is joining Sheena in this episode of The Lesbian Review Podcast to a list of the 10 Best Speculative Fiction Novels or more commonly known as spec fic.

1 Knight’s Sacrifice by Nita Round 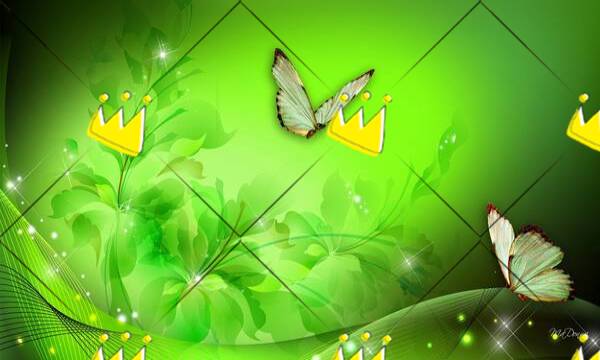 For most people, running a funeral home is a dull and conservative line of work, but when Catherine Samuels inherits the family business she discovers that it is anything but straightforward. For a start, the dead do not always stay dead, they sit up, and they bite. In this strange world, Catherine needs help, and that comes in the form of Cassandra (Cassie) Evans, a heavily armed problem solver, knowledgeable in all things arcane and undead.

Cassie, however, hates her posting to Catherine Samuels. Her charge knows nothing of family, her heritage, nor her duty as the sole remaining caretaker of The Gate, a sentient construct that guards the way to hell and stops the inhabitants of Hell finding their way to the land of the living. Anyone who does not understand the importance of this duty is a liability. Catherine is a liability. Except that Cassie finds an unsettling attraction developing between them that she neither expects nor wants. Duty first, there is no room for emotional entanglements, and certainly not with a woman who rejects all that Cassie thinks is important.

When Catherine finds herself on the brink of losing everything, Cassie, her family, and even life itself, then she must awaken. She must become The Samuel, The Gate Keeper and guard the way between the living and the dead. To make it safe she must travel to hell, with the warrior that she has chosen, and there, if they survive, she must heal the problems of the Gate before all hell breaks loose. Unknown to regular citizens, nightmarish creatures lurk in the dark underbelly of human civilization. The presence of these supranormals (“supras”)—werewolves, vampires, demons—is a closely guarded government secret, as is the existence of a cadre of specially engineered Hunters charged with exterminating them.

Code-named Malice, Hunter Mary Alice Nolan was genetically modified and rigorously trained to use her great strength, heightened senses, and killer instincts to track and eliminate supras who prey on the innocent. A loner by choice, her only real link to the human world is her close connection to her mother and sister—until the unthinkable happens…

Ruri Samson has been a werewolf for more than a century and is comfortably situated as the Beta of her peaceful pack. Until she is betrayed by the woman she loves and an evil outsider massacres her Alpha and his most loyal followers. Barely escaping with her life, Ruri is forced to tread the perilous path of a lone wolf while vowing vengeance against the usurper and his minions.

Although these two powerful women should rightfully despise each other, fate will soon compel them to join forces on a dangerous quest to avenge their loved ones—and will ignite a forbidden passion that neither of them ever imagined. Best selling horror author Rowe Devlin has had two flops in a row and keeps falling in love with straight women. Seeking inspiration and a fresh start, she abandons life in Manhattan for an old Victorian house in Maine. But Dark Harbor Cottage is a far cry from the tranquil writing environment she envisioned.

For a start, the place is haunted, and the ghost is none too friendly. To make life even more difficult, her neighbors are a huge distraction.

The Temple twins, Phoebe and Cara, are identical and profoundly alluring, and Rowe is soon under their spell, unable to decide which of the two she is more in love with.

Just when it seems things can’t get any worse, she finds herself embroiled in a mystery more bizarre and frightening than anything she’s ever written. Intrigue, passion and suspense combine in this taut paranormal thriller/romance, the first in Jennifer Fulton’s new Heartstoppers series.

4 The Time Before Now by Missouri Vaun More than fifty years have passed since “peak oil” has left the Earth without access to modern technology while great Cloud Cities for the rich float above the oceans.

On the ground below, Vivian Yates leaves Oklahoma on an epic 700-mile journey east to her ancestral home. Early on, she encounters Elizabeth, who preys on Vivian’s inexperience and naivety, luring her into a brief affair that ends in disaster.

Betrayed and withdrawn, Vivian sets out again on her eastward trek. Along the way, she meets the beautiful, lighthearted Ida. Together they face obstacles both natural and manmade. Ida brings Vivian, wounded in both body and spirit, back to life. Destiny has thrown them into each other’s arms where they find not only love, but hope, trust, and forever. Deeper than the city streets, the subways, even the dry riverbeds that no longer flow, are the roots of a tree that remembers love and tragedy…

Financier Dina Rowland’s assignment is to make fashion designer Leo Goranson a lot of money. But the more she knows of him, the more repugnant his personal life is to her. Not the least inconsequential is his unbreakable hold on his greatest asset: supermodel Christabel. One touch and the power–and responsibility–of Dina’s long-hidden heritage threatens to crumble the careful plans she has made for her life.

Christa knows there is no escaping her tormentor, but she has a plan to deny him what he ultimately wants from her. The past can’t be changed. Having long accepted her fate she is unprepared for the wild feelings that Dina’s eyes arouse in her. There is passion, certainly, but also the rarest feeling of all to her: hope. After a massive volcanic eruption puts earth into nuclear winter, the planet is cloaked in clouds and no sun penetrates. Seas cover most of the land areas except high elevations which exist as islands where the remaining humans have learned to make do with much less. People survive on what they can take from the sea and with foodstuffs supplemented from an orbiting set of space stations.

Jess Drake is an agent for Interforce, a small and exclusive special forces organization that still possesses access to technology. Her job is to protect and serve the citizens of the American continent who are in conflict with those left on the European continent.

The struggle for resources is brutal, and when a rogue agent nearly destroys everything, Interforce decides to trust no one. They send Jess a biologically-created agent who has been artificially devised and given knowledge using specialized brain programming techniques.

Instead of the mindless automaton one might expect, Biological Alternative NM-Dev-1 proves to be human and attractive.

Against all odds, Jess and the new agent are swept into a relationship neither expected. Can they survive in these strange circumstances? And will they even be able to stay alive in this bleak new world?

7 Iron And Velvet by Alexis Hall 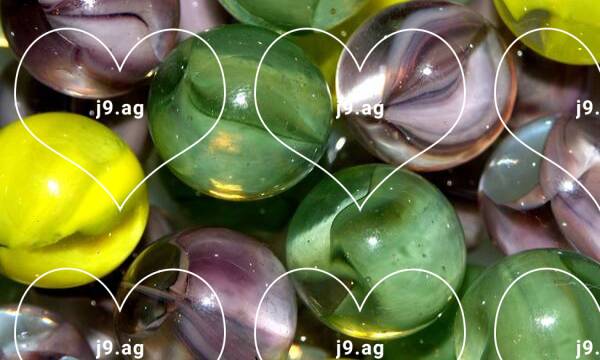 First rule in this line of business: don’t sleep with the client.

My name’s Kate Kane, and when an eight-hundred-year-old vampire prince came to me with a case, I should have told her no. But I’ve always been a sucker for a femme fatale.

It always goes the same way. You move too fast, you get in too deep, and before you know it, someone winds up dead. Last time it was my partner. This time it could be me. Yesterday a werewolf was murdered outside the Velvet, the night-time playground of one of the most powerful vampires in England. Now half the monsters in London are at each other’s throats, and the other half are trying to get in my pants. The Witch Queen will protect her own, the wolves are out for vengeance, and the vampires are out for, y’know, blood.

I’ve got a killer on the loose, a war on the horizon, and a scotch on the rocks. It’s going to be an interesting day. After being exiled to the farmland around her village, Rowan Northwood takes the only chance at freedom she might ever get: she runs away with a passing Knight and doesn’t look back. The woman cares nothing for Rowan’s company, yet she’s the first person who isn’t repulsed by the powers that burn within her.

Rowan soon learns that the scope of their journey is more than a desperate grasp at adventure. She breaks away from the weighty judgement of her village and has no choice but to abandon her Kingdom altogether. Sir Ightham’s past takes them to Kastelir, a young country draped in the shadow of its long-dead Queen: a woman who was all tusks and claws and great, spiralling horns.

Hiding her necromancy is no longer Rowan’s greatest challenge, and what hounds them across Kingdoms and through mountains is already fifteen-hundred years in the making. 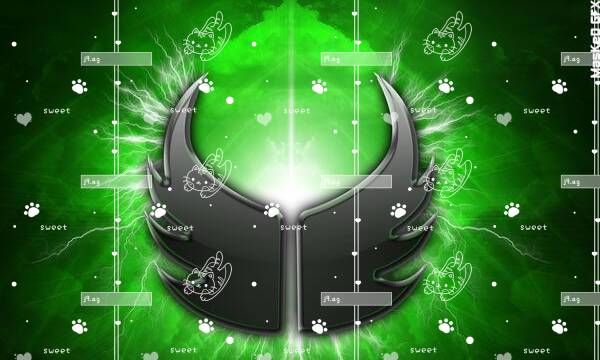 Jennifer Bronwen, deep-space freighter skipper, sometime smuggler, and occasional blaster-for-hire is flat broke and in desperate need of a job. With her bills mounting and her ship one unlucky micrometeorite collision away from the scrapheap, when she’s offered a lucrative contract for a risky heist, well, it’s an opportunity she can’t afford to pass up.

Keera Naraymis, a secret agent on deep-cover assignment in alien space, has just one more job to finish before her mission is complete. Getting it right means making the galaxy a safer place, and taking a trip to the Terran homeworld should be simple enough. But in the espionage game, your enemies are never quite who they appear.

When their lives collide with catastrophic consequences, Jen and Keera form an unlikely alliance to find out why anyone would want to kill either one of them. What they discover runs far deeper than they could ever have anticipated, and throws them into a race against time to stop a conspiracy that threatens to unravel a thousand years of peace in the galaxy of the Burning Suns. Harper is on a galactic salvage mission into a dangerous asteroid zone with Captain Drake.

Alone with the captain for days, Harper falls into her thrall and, eventually, into her bed. But Drake has secrets she protects at all costs . . .

Nita is a UK based author. You can find her on:

Emotional Intelligence The Key To Happiness