Jae has stopped by to help Sheena put together a list of 10 brilliant slow burn romances. You know those books where characters don’t instantly get together? Instead it takes the whole book for them to overcome the obstacles and finally become a couple. We love them and so will you.

Backwards To Oregon by Jae

“Luke” Hamilton has always been sure that she’d never marry. She accepted that she would spend her life alone when she chose to live her life disguised as a man.

After working in a brothel for three years, Nora Macauley has lost all illusions about love. She no longer hopes for a man who will sweep her off her feet and take her away to begin a new, respectable life.

But now they find themselves married and on the way to Oregon in a covered wagon, with two thousand miles ahead of them.

Above Temptation by Karin Kallmaker

For Kip Barrett, a secret commission from her boss’s boss’s boss, CEO Tamara Sterling, shows that the respect she’s earned for her integrity and intelligence as a fraud investigator is justified. All she has to do is what she’s done successfully before: Follow the cyber-trail, find the high-tech thief, and document it so that justice prevails.

This time, however, the embezzler is one of their own. Sterling Fraud Investigations has an unblemished reputation for ethical conduct and security. Kip must find out who and how, as soon as possible, and no one but Tamara can know what she’s doing.

As Kip gets closer to discovering the embezzler, her clandestine meetings with Tamara grow more frequent. It doesn’t help that her admiration for Sterling’s work is compounded by an undeniable physical chemistry. But SFI has an iron-clad no fraternization rule, and Sterling investigators never break the rules. She needs to wrap up her findings before anyone–including her emerging prime suspect Tamara Sterling–realizes Kip is not above temptation.

Follow the passion–and the money–from Seattle to Nassau in the latest page-turning story from Lambda Literary award-winning author Karin Kallmaker. Fans of this novel won’t want to miss the follow-up short story in Frosting on the Cake 2: Second Helpings!

Cody Walsh leaves Arkansas for California. Lured by stories of opportunity, even for women, Cody disguises herself as a man and prepares for the arduous journey west.

Lillie Ellis leaves New York to accept a post as a schoolteacher on the frontier near a small homestead she just inherited from her uncle. Lillie’s ultimate desire is to become a painter, and she hopes the Kansas frontier will offer her the freedom to follow that dream. In the nineteenth century, a young woman has few options in the East that don’t revolve around marriage and motherhood. Lillie is interested in neither.

Cody rescues Lillie after a chance encounter in Independence, Missouri. Their destinies and desires become entwined as they face the perils of the untamed West. Despite their differences, they discover that love’s uncharted frontier is not for the weak in spirit or the faint of heart.

The high-powered high life loses all its allure in the face of family tragedy. A return to the Gulf Coast life and a chance to reconnect and reclaim what really matters leads to unexpected passion and a final chance at true love in this tumultuous summer romance from best-selling author Gerri Hill!

Starting From Scratch by Georgia Beers

Lambda and Golden Crown Literary Award-winning author Georgia Beers brings to you her long-awaited seventh novel, Starting from Scratch, a story where learning, laughing, loving, and baked goods are just a few of life’s basic ingredients. Starting from Scratch…where life is what you make it.

And Playing The Role Of Herself by KE Lane

Actress Caidence Harris is living her dreams after landing a leading role among the star-studded, veteran cast of 9th Precinct, a hot new police drama shot on location in glitzy LA. Her sometimes-costar Robyn Ward is magnetic, glamorous, and devastatingly beautiful, the quintessential A-List celebrity on the fast-track to super-stardom. When the two meet on the set of 9th Precinct, Caid is instantly infatuated but settles for friendship, positive that Robyn is both unavailable and uninterested. Soon Caid sees that all is not as it appears, but can she take a chance and risk her heart when the outcome is so uncertain?

The leading ladies and the supporting cast of this debut novel by newcomer K.E Lane will charm you, entertain you, and leave you with a smile on your face, eager for Ms. Lane’s next offering.

Two actresses fight the system and each other when the director of their career making film dies in the middle of production.

A triangle with a twist, Coming Home is the story of three good people caught up in an impossible situation.

Rob, a charismatic ex-fighter pilot severely disabled with MS, has been steadfastly cared for by his wife, Jan, for many years. Quite by accident one day, Terry, a young writer/postal carrier, enters their lives and turns it upside down.

Injecting joy and turbulence into their quiet existence, Terry draws Rob and Jan into her lively circle of family and friends until the growing attachment between the two women begins to strain the bonds of love and loyalty, to Rob and each other.

Librarian Syd Murphy flees the carnage of a failed marriage by accepting an eighteen-month position in Jericho–a small town in the Appalachian Mountains of Virginia. Her plans to hide out and heal her wounds fall by the wayside as she gets drawn into the daily lives of the quirky locals. She becomes fast friends with Maddie Stevenson, the enigmatic physician who has returned to the backcountry community to take over her late father’s medical practice. Together they learn that life and love can have as many twists and turns as a country road.

Without Warning by KG McGregor

On a day that begins like any other, a violent earthquake strikes Los Angeles, plunging the region into chaos. Two strangers, trapped in a collapsed shopping mall, find each other amid the rubble and join forces to escape. Hampered by injury and darkness, they dig and claw their way through one crumbled store after another, emerging long after most have given up hope for survivors.

The ordeal leaves both women shaken, but their shared triumph sets them on a life-changing course together, igniting a connection like neither has ever known.

Anna Kaklis–whose perfectly planned life never included falling in love with another woman–is thrown for a loop, but she doesn’t doubt her heart.

Lily Stewart–abandoned too many times by people she trusted–won’t let herself believe that Anna’s love will endure.

Without Warning is the story of their courageous journey through adversity, and their promise of steadfast love.

The Butch Dating Low Down

The Butch Dating Low Down   Ask A Butch  In this episode of we ask the questions about dating and sex. 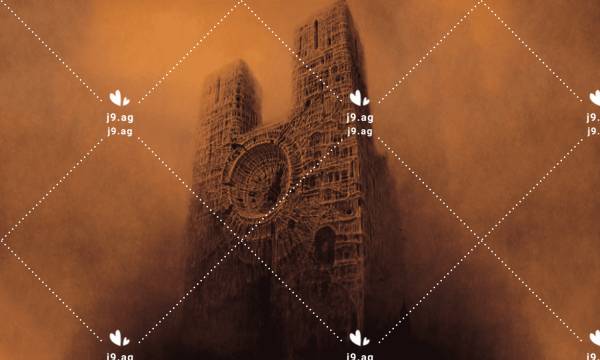